After the golden haired girl had run away
after intruding and breaking furniture,
Papa Bear carefully fixed the bed and chair.
Mama Bear served fresh hot porridge.
Baby Bear sadly said, “It won’t be the same.”
So they all had a think and then Papa Bear
took his family to town to buy new locks.
Instead, they came home with a Golden Retriever.

YANGON — As many as 69 members of what Myanmar’s government has described as a Rohingya Muslim militant group and 17 security forces have been killed in a recent escalation of fighting in northwestern Rakhine State, the army said on Tuesday.

The death toll, announced in the state-owned Global New Light of Myanmar daily, exceeded that reported by state media over the weekend, demonstrating the scale of the largest escalation of the conflict since violence erupted a month ago.

Diplomats and observers have held out hope that the military will swiftly conclude its “clearance operation” in the troubled north of Rakhine, but the recent wave of killings has cast a doubt over such prospects. 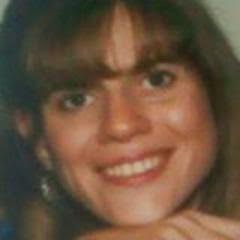 Last week I had been experiencing a dull, heavy, ache in my chest. I hate going to the doctor about stuff like this, it means tests at the hospital which is so difficult for me to access.

On Friday even the pain came again. I watched a movie to try to distract myself and let it pass. It did not. I could not lie down, and had to keep sitting up. I began to be short of breath. Eventually, I decided I needed to call an ambulance.

They spent an hour in my home asking questions, testing my blood sugars, taking my blood pressure etc.

Then they asked if I would be OK to walk to the ambulance which was right outside my door. Except I had to stand, hanging on to one of the paramedics while they lowered the ‘ramp’. I ended up bending over in a lot of pain and completely breathless. They gave me GNT and aspirin, which really helped.

I had to have three ECGs, timed over a certain period, and an X-ray. I don’t remember having so much blood taken before. I don’t let my blood go easily. A vein was blown in my hand. It is full of pretty colours now.

They found nothing. But I will ask if I can have GNT on prescription. I don’t want more trips to A&E.